Under David Cameron the Conservatives had pledged – along with other UK political parties – to put into place a ban on ivory trading. This follows bans by China, the US and other important ivory trading countries to end domestic trades in ivory by the end of 2017.

But there is no mention of the ban in Theresa May’s Tory 2017 manifesto. Sneakily, the Tories have decided to DROP their previous commitment to introducing a total ban on ivory trade in Britain. This comes after heavy pressure from wealthy antiques traders who have been lobbying Teresa May hard to drop the ban on ivory.

The most powerful UK antique traders association is the British Antique Dealers’ Association – whose president is Tory MP and pal of Theresa May, Lady Victoria Borwick.

Very thoughtful and thought-provoking, if somewhat depressing, piece on men’s power in the film industry.

Whose Awards Are These Anyway?

In a very timely article, Natalie Wreyford, BAFTA voter and member of Women’s Film and Television History Network, raises some key questions regarding fairness in award ceremonies’ voting processes. She asks whether we need to consider external contexts more seriously, such as the behaviour of nominees to their co-workers or the influence of marketing techniques on the voting process? And crucially, in a year when The Oscars seemed to take a tentative step from ‘escapism to empathy’ in choosing Moonlight as Best Picture, she considers what creative diversity has been lost through history as a result of the system as it still stands. 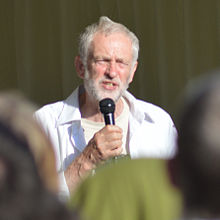 Corbyn speaking at the Tolpuddle Martyrs’ Festival and Rally in 2015

In 1978, the Australian social scientist, Alex Carey, pointed out that the twentieth century has been characterized by three developments of great political importance: “the growth of democracy; the growth of corporate power; and the growth of corporate propaganda as a means of protecting corporate power against democracy.” The corporations that now dominate much of the domestic and global economies recognize the need to manipulate the public through media propaganda by manufacturing their consent in order to defend their interests against the forces of democracy. This is largely achieved as a result of coordinated mass campaigns that combine sophisticated public relations techniques.

The result is the media underplay, or even ignore, the economic and ideological motivations that drive the social policy decisions and strategies of governments’. Sharon Beder outlines the reasoning behind the coordinated political…

Originally posted on Silent London:
This is a guest post for Silent London by Amran Vance, who runs the London Silent Film Meetup group and is part of the team behind the wonderful Kennington Bioscope. When I wrote about the…

Happy International #WomensDay This image is of the #Bolton Women’s #Coops Guild in 1907 @womensday pic.twitter.com/MJZjnFFxeI

We seem to remember the past in black and white, especially the 1930s and ’40s, but the work of Miss Rosie Newman, a British woman who happened to be a talented amateur film maker, allows us a wonderful opportunity to see what the 1940s really looked like – blue skies, sunny streets, the different tones of military kit, nursing uniforms, blooming flowers and neat gardens, vibrant shop windows, different skin colours. Being filmed in the 1940s was very much a novelty, especially if it was a woman behind the camera, some people couldn’t take their eyes off her. This novelty, combined with her impressive social connections and a determination to film wherever she could has left us with a terrific colour documentary about the war, Britain at War In Colour.

So who was Rosie Newman?

END_OF_DOCUMENT_TOKEN_TO_BE_REPLACED

You’d be surprised how many 4×4 drivers seem to enjoy this scenario – it’s a different matter when the wash slams in under your front door.

When I sat down to write a new post yesterday I’d planned to write up my film review of 2013 but all the news of flooding around the UK forced a different post into being – I’m thinking about the two floods at the turn of the 21st century that affected me and my family. Since Christmas hundreds of UK homes have been inundated by sea or river water; it’s a terrible experience that will live on in any family’s memory; it takes months to recover the physical loses but years to mend the anxiety and fear that is often the long term consequence of your home being flooded.

I live on the edge of a pretty market town on a flood plain, a plain that does a great job containing the overflow from the river that the town sits next to. Thank goodness for that flood plain – the river has popped up in my house twice since I’ve lived here. With all the flooding that’s happening around the UK right now, I’m endlessly grateful that our terrace is protected by recently-constructed flood defences that have been tested on many occasions in the last few years. Apparently we’re now back to being one in 100 years’ risk of further flooding, a big improvement on the one in five or six years’ that was the case a decade ago. The hard-pressed Environment Agency is due to cut 1500 jobs in the next budget round, flood defence expenditure is constantly being trimmed, so the future for people living near water (on our small island) is worrying to say the very least.

END_OF_DOCUMENT_TOKEN_TO_BE_REPLACED

What a year it’s been! My 2013 has been filled with film, theatre, books and travel. In this post I’ll look back on theatre, books and travel; film is a weighty subject all on its own and will be covered in my next post – coming soon! I missed the hottest British summer month since…. the last one – when was it? I was in New Zealand. It was winter. But it was a brilliant trip to see my lovely daughter (now thankfully returned to the UK). We stayed in Auckland and basked in the city’s glittering winter sun, breathed the clean, sharp air.

Flying into Auckland, quite excited at this point!

The city from Battery Park.

END_OF_DOCUMENT_TOKEN_TO_BE_REPLACED 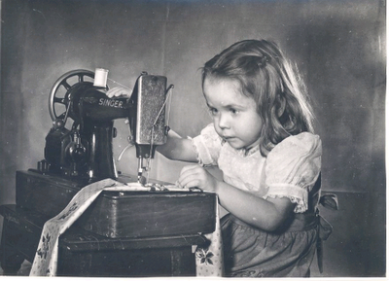 While I was researching my knitting in film blog post, A Bit Of A Yarn: Knitting For The Cinephile, I had to steer my attention away from sewing and darning – this was a topic that deserved its own space. Just as knitting has been used to convey messages about the characters, I wondered if sewing fulfilled a similar function – and if it did what was the message? A film itself is ‘stitched’ together at the editing stage, so it could be said that film and stitching are soul mates. Both activities transform something unfinished into a tangible object, whatever its cultural value may be. Given that costume is so important to any film, it’s interesting to consider sewing scenes in cinema. There isn’t room to think about costume in its own right here, so I’ll save that, along with tailoring and craftsmen, for another day.

END_OF_DOCUMENT_TOKEN_TO_BE_REPLACED

On the opening night of Twelfth Night on Broadway, Mark Rylance graciously reminds us who started the whole wonderful Globe experience. This production was probably the most beautiful I’ve seen. Lovely memories of the yard in 2012.

If you'll read it then i'll write it!

Creating, Promoting, and Sustaining a New Vision in Stitching and Needlecraft

because facts really should be sacred

The study of history, life, & art on screen & in visual arts.

The Marketplace for all UK Street Food Traders

Life could be a dream...

the view from the dark side: politics, media, cities & culture

I write about politics, nature + the environment. Some posts are serious, some not. These are my views, I don't do any promotional stuff and these views are not being expressed for anyone who employs me.